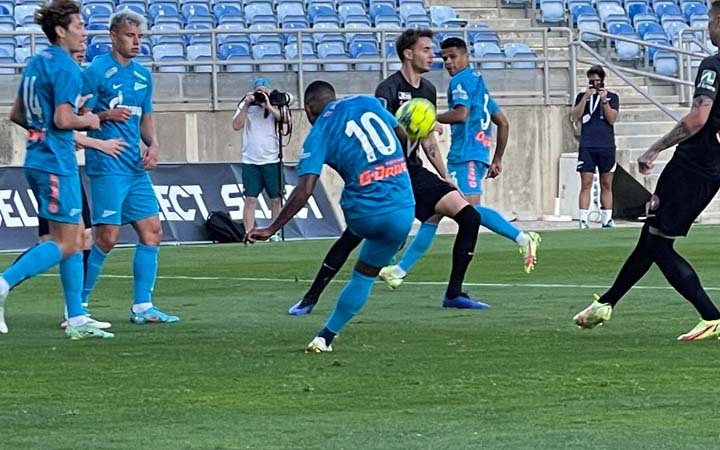 Then this year's edition of The Atlantic Cup is underway, and it was a tough match between Zenit and Midtjylland. High tempo and many duels made this a great opening match in the nice weather St Estadio Algarve. These are two teams that are still in Europe and therefore the matches in this year's tournament are important.

Zenit's Brazilians impressed, and it will be exciting to follow the development of young Claudio Leonel, who originally comes from Pele's old club Santos. Malcolm, who used to play for Barcelona had the ball a lot and controlled parts of the game. So did his countryman Douglas Santos, who is Olympic champion with Brazil, and who previously played in the Bundesliga with Hamburg.

In the last half hour, the former Liverpool player Dejan Lovren also came into the central defense for Zenit and took over the captaincy.

The only goal of the match came after a corner kick five minutes before the break when the 22 years old Kazhakstan international Nuraly Alip scored with a header.

It was an even match where the Danes had more finishes than the Russians, but Zenit hit more often between the posts. Ball possession was according to FlashScore 54-46 in Zenit's favor.